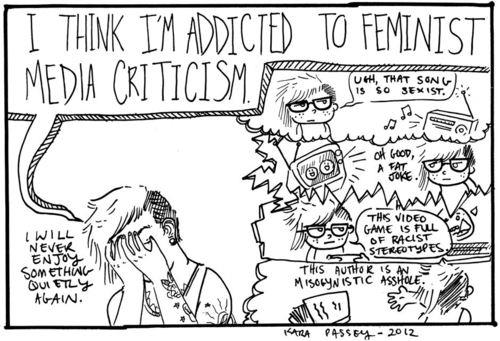 I saw this on Facebook and had to share. Turns out, Kara Passey, the artist, is a totally awesome feminist who makes comics and t-shirts and prints and other visual media.

Check out this one. Which you can get on a t-shirt on her Etsy. So enjoy. Last night my friends Keiran, Beth and I went to a screening of Very Young Girls, hosted by Women's Way of Philadelphia. The 2007 Showtime documentary looks at the issue of child prostitution in New York. Trafficking has become a huge issue in the last 15 years, especially as it gains more media attention.  Anyone else watch the 4-hour Lifetime special feature Human Trafficking like I did when it premiered? It's fascinating and sad, but focused on the transnational aspect.


When we hear about trafficking we often think about transnational trafficking, in which people are taken, coerced and tricked across borders to be sex workers, factory worker, nannies, or housemaids in slave-like conditions. Eighty percent of transnational trafficking victims are female, so this is a huge issue for women's rights. Many of these girls and women end up working in the US in unexpectedly close locations to where you might be. Even more shocking is the number of girls from the US who are trafficked within their own cities and country. Very Young Girls looks at girls trafficked within New York and the realities they face as victims.

The average age for girls entering prostitution is 13. Anywhere else that age is too young to consent to sex. But when law enforcement deals with underage prostitutes, it's the girls who are arrested for prostitution. I'm definitely for sex worker's rights and not for saying like, blanket statement all sex workers are victims, but a 13 year old prostitute cannot be considered a consenting adult. The girls in the film come from poor backgrounds, broken families, and tough situations. They meet pimps, men two or three times their age, who say they love them and become father figures or boyfriends to them. The pimps tell the girls they love them and provide a "family" structure for them, despite forcing the girls to earn money through performing sex acts on strangers or friends. And eventually the girls fall in love with their pimps and "want" to do these things to please the men they love.

The film follows several girls, some who have gotten out of the life and others who are trying. In New York, a non-profit called GEMS, founded by a woman named Rachel Lloyd, who was sexually exploited herself as a teenager, takes in girls who have been court-ordered to be rehabilitated after being arrested for prostitution. Some girls, despite getting to a comfortable place at GEMS, return to the life because they miss their pimps.


What the film touches on but doesn't get into explicitly is that these girls are exploited for a reason. They're exploited because they are vulnerable. When white, middle class or upper class children go missing, Nancy Grace goes ballistic. There are media firestorms. Milk cartons, Today Show interviews, CNN coverage, all that. The film briefly showed a woman whose 13 year old ran away, and who found out through a tipster that her daughter was living in a brothel with other underage prostitutes. When she reported this to the police, they did nothing.

I saw The Dictator the other night, which is a horribly offensive movie with a few pointedly hilarious parts. But one of the things that Sacha Baron Cohen as the Dictator says is that America should consider dictatorship for so many reasons, having 1% of the population control 90% of the wealth, yadda yadda, but also for the repeated and accepted exploitation of certain races. It is not a coincidence that the girls featured in this film are all minorities. This is not to say that every Black or Latina girl is at risk for trafficking, but that there is something very wrong with the way we treat children of different races and economic backgrounds. Something has broken down in the system so that when girls disappear off the radar, unless their wealthy, attractive mothers are making a stink about it on CNN, we don't hear or care. Or that their teachers don't notice when they disappear. That there were simply no adults in these girls lives who can realize that something is wrong, either before or after they enter the life. It's ridiculous.

After the film, a panel of experts (a victim specialist for the FBI, the Associate Executive Director of Covenant House Pennsylvania, and the District Director for Senator Daylin Leach's office) all spoke about their work with victims and legislation about this issue. The Q&A was... tense. I mean, it was a bunch of old feminists (Beth, Keiran and I might have been the youngest people there, I joked that Women's Way was FMLA but for grown-ups and with money) and a very tough subject. No one was happy. It's a sad movie and a very frustrating reality.

SVU, my joy and also torture, has gone into the issue a few times. 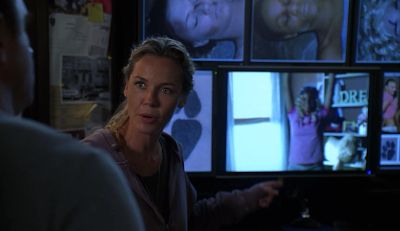 Law and Order SVU, season 8 episode 7: Underbelly. Det. Stabler and Beck find out what happened to three young homicide victims who were all involved in underage prostitution. 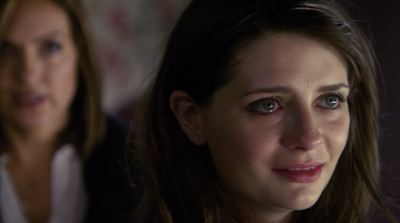 In Pennsylvania, state bill 338, which would post a hotline number in certain locations (read more here) is a HOT issue, take action now to get it to go to a vote. Call Senator Pileggi, 717-787-4712 and ask him to get 338 out to the floor for a vote.


Posting the National Human Trafficking Resource Center (NHTRC) HotlineSenator Leach and Representative Clymer have introduced legislation (SB 338/HB235) to require posting of the NHTRC hotline (1-888-373-7888) in strategic locations in PA where victims and potential tipsters are most likely to see it. The hotline provides a bridge to help for victims of human trafficking, an outlet for tipsters and vital resources including training to the public, law enforcement and first responders. The bills specifically target:
Take Action! SB 338 is pending before the Appropriations Committee and your voice is needed. Contacting your state legislators is critical to ensuring that both the House and Senate bills advance. Your action will help to ensure that human trafficking is recognized as a serious crime and that legislators take steps to address it! Taking action is quick and easy and you don’t need to be an expert or have any experience to take part. Here is what you can do:
1. Determine who your state legislators are at: www.legis.state.pa.us (enter your zip code at the top).
2. Then, make a quick 30-second call to your STATE senator and representative. You will likely speak with a staff member, and all you need to do is let them know that you are a constituent who would like your legislator to cosponsor and strongly support this important legislation. Here is a sample of what you could say, but feel free to personalize and refer to the additional information on the next page!
“Hi, my name is [ ], and I live in [ ]. I am calling to urge the representative/senator to strongly support legislation to address human trafficking in Pennsylvania. This bill, sponsored by Representative Clymer (HB235) and Senator Leach (SB338) requires that the National Human Trafficking Resource Center hotline be posted in key locations, such as bus stations and massage parlors, so victims can access help. Can I count on him/her to support this important bill?”3. Please follow up your phone call with a quick email to restate your message.
4. Please spread the word and ask your friends, family and neighbors to make the same call!

US Department of Health and Human Services
Administration for Children and Families
The campaign to rescue and restore victims of trafficking.
Resources on how to recognize and help victims, hotlines for victims and tipsters.

The Polaris Project: "For a World without Slavery"
Advocacy, actions, and information.

Brave appears to be AWESOME! I'm really excited for this to come out, Pixar makes great stuff and I love all of it, but this is their first with a female lead! Exciting!

It also appears from this trailer that the trajectory of the film is NOT that she like, along the way finds some perfect man to complete her either, which is refreshing.
Posted by Liz at 7:22 PM No comments:

Srrsly guys, I'm still pretty sleep deprived, but I cried a lot at the end of this episode. God, I fucking love feminism. LESLIE KNOPE 2012!
Posted by Liz at 1:31 AM No comments:

Email ThisBlogThis!Share to TwitterShare to FacebookShare to Pinterest
Labels: parks and recreation, politics, women in politics

Via Feministing, I found this piece of awesome:

ohhh my god, so good, right?

I will write about the war on women soon, I've been swamped with finals, or just like passing out between finals (funny how a "twenty minute power nap" can turn into 9 hours of sleep) so I'm done tomorrow and done with undergrad FOREVER so I will start blogging again. Hooray!
Posted by Liz at 4:10 PM No comments: